You may be familiar with crickets for a long time thanks to their incessant chirping in the summer evenings. However, you might not know much about these fascinating insects.

In this article you will find show
1. A Few Notes on Crickets
2. Types of Crickets You Can Find in The US
3. Their Appearance
4. Facts About Cricket Diet
5. Cricket Lifespan
6. Signs of Cricket Infestation
7. 3 Simple Methods to Get Rid of Crickets
8. 5 Prevention Tips: No More Crickets in Your Property
9. Interesting facts about crickets

A Few Notes on Crickets

Also known as True crickets, they are small to medium in size, and are found in many regions of the world, except the cold regions (anywhere beyond 55o north and south).

They have a strong relation to bush crickets and a more distant one to grasshoppers, as they are part of the same family Gryllidae. The family is mainly characterized by round heads, cylindrical bodies, as well as long antennae.

Types of Crickets You Can Find in The US

There are over 900 species in the world today, although the United States has about 100 species. These include the following:

Among these, North America has a particularly high number of field crickets. You can easily find them in a variety of habitats, such as grassy fields, along roads, in pasture, lawns, and so on. Tree crickets will additionally live in trees, weeds, high grass or shrubs. Field crickets are common in moist, sandy areas, or debris and bushes.

These are nocturnal insects, meaning that they appear during the evenings, and they are usually black or dark brown in color. Because of their color, they can blend in easily with the ground.

Like most insects, they have six legs – two of these are back legs, while four are walking legs. The antennae are attached to the head, also called feelers, are for smelling and touching surfaces. It is easy to confuse them with grasshoppers due to their body structures, but grasshoppers are green and have shorter antennae.

The body itself is flattened vertically. The feelers will grow longer than the rest of the body, which marks them out very easily. The wings, on the other hand, will be flat and lie directly on the back, although some species are wingless or have small wings. 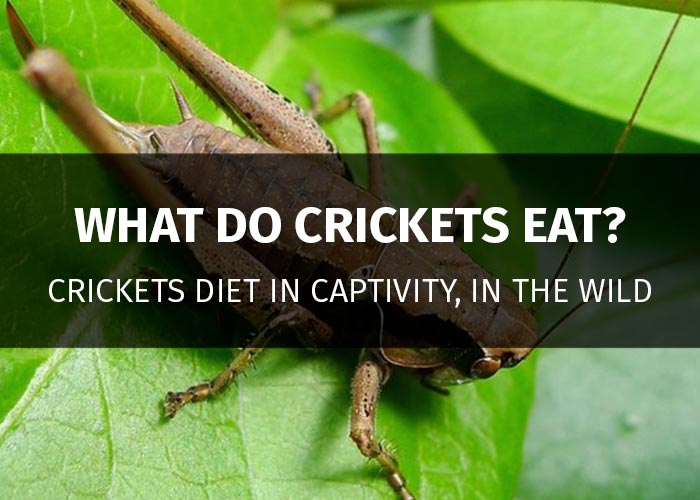 They are mainly scavengers and omnivores, so they can feed on a variety of materials. The most common food sources are seeds, flowers, leaves and tree barks. However, there are some predatory species, which eat snails, other insects, and even vertebrates like lizards and snakes.

The average lifespan of a cricket lasts for three months. When the female lays eggs, the larvae will hatch in about seven or eight days, and go through several instars (about four or five) where they will molt into the winged imago that will live for one month.

This has an exception though – the mole cricket. This is because they spend their winters deep in the soil, and most of their life is underground, with young nymphs turning into adults during spring. The male adult will then die after mating, while the female dies after laying eggs. Their total life cycle is also longer, as they can live for two years. 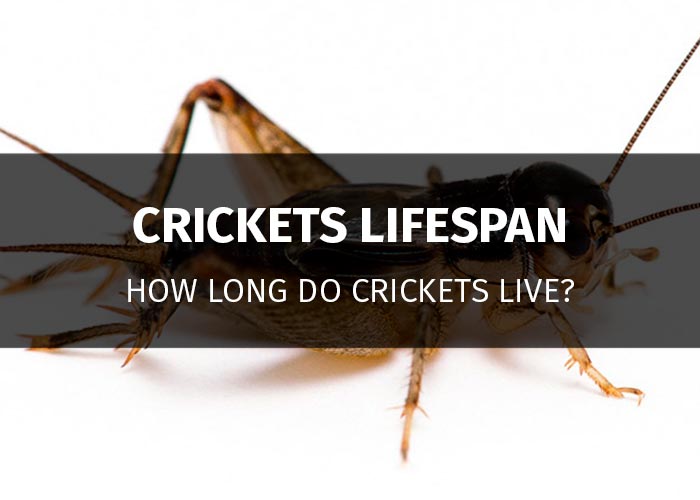 Regardless of how interesting crickets are, they are very annoying when they start to invade your home. They eat anything from linen, cotton, and silk, so it is important to control them as early as possible.

You will tend to find crickets in warm places of the home, in the yard (especially if the grass is unkempt), and near trash bins as well as clothes. These are among the first places you can check for infestation. They can be difficult to track when they are under threat though, as they can go silent.

The noise is made by the males, not the females. They make the sounds through rubbing the front wings, and they can easily keep you up at night.

They tend to eat fabrics such as silk and wool, particularly those that have sweat or food stains. Their droppings will also stain the clothes, and they can lead to an unsettling appearance in your bathrooms and kitchens.

They are not dangerous to your life though – their only extent of damage is through your crops or as a household pest. They are not major pests either, so they won’t cause major issues.

3 Simple Methods to Get Rid of Crickets 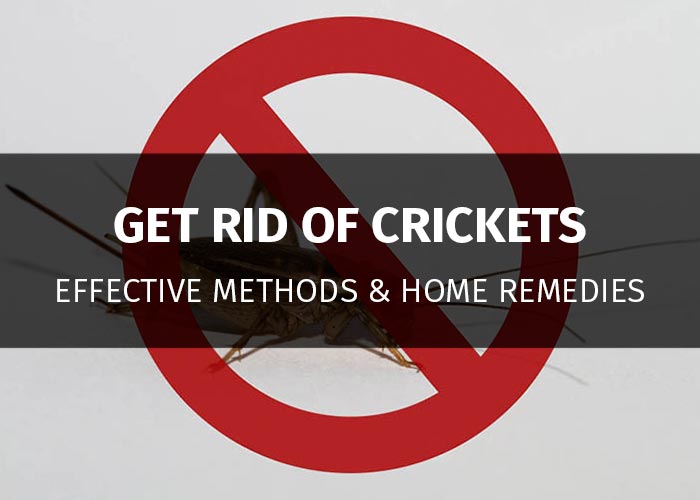 5 Prevention Tips: No More Crickets in Your Property 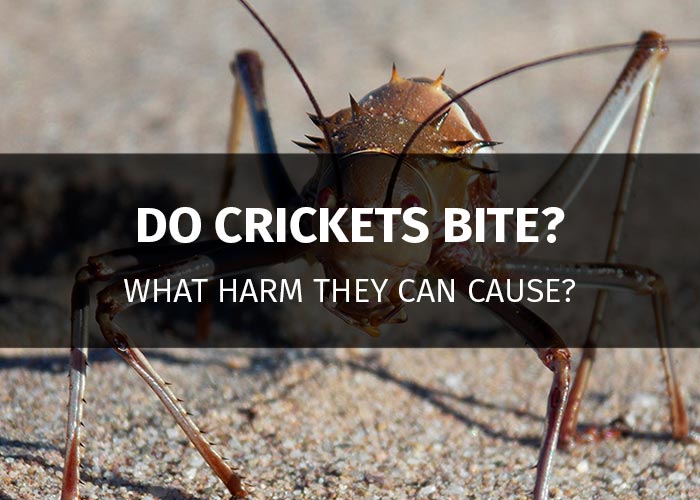 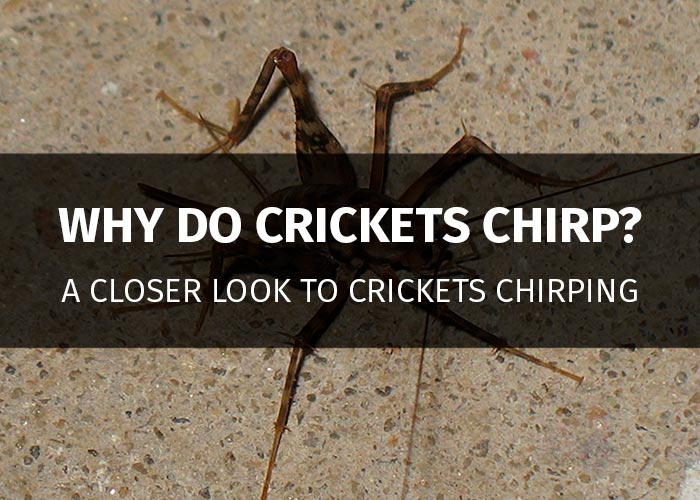 Many people ask me about the potential danger of crickets. In fact, they’re pretty safe and can’t hurt either you or your pets.

The males have a particular vein at the lower part of their forewings that act like scrapers. The male pulls this wing against the upper surface of the opposite wing, which produces the sound, the thin membrane in the wing amplifies the sound.

The males do all that, all in a bid to impress the females and attract them from long distances. However, the male also must be careful to not attract hiding predators in the midst of the chirping.

There are more than 100 species, so it is not surprising to find some can fly and others can’t. Most of them tend to run though, as they can use their hind legs to propel their bodies.

The organs are particularly sensitive to vibration, so you cannot sneak up on it. If you walk in its direction, it therefore stops singing as a survival mechanism.