With over 5000 species on the planet, it is difficult to categorize lizards without bringing in some science. There are several species many people can identify.

Some of them are popular because they are great pets while others are famous because of the airtime they get on documentaries and other media.

Chameleons are arguably one of the most famous lizards. Their unique color changing skills make them very memorable.

Iguanas are a favorite as pets. They are kept in glass cases on display or as companions. Their special look and herbivorous behavior make them ideal pets.

Geckos are found almost everywhere. These are known for their predatory habits on mosquitoes and tail regenerating capabilities.

Looking closely at lizards, they have smoothly arranged scales that give them a slippery look.

These cold-blooded animals lack the innate ability to regulate their body temperatures and often go out in the sun to bask and raise their internal temperatures.

Many lizards possess unique features that make them stand out from the rest. The Jesus lizards can walk on water while others can regrow body parts which break off.

They exist in a variety of shapes and sizes.

Some are thin with long tails like the whiptail lizard while others have short chubby bodies with stubby legs.

The world’s largest lizards, the Komodo Dragon, inhabits Komodo islands in Indonesia while the smallest is the dwarf gecko. The difference in species and environments force the lizards to adapt to their surroundings these adaptations influence various aspects of their lives including their sizes.

Most lizards are carnivorous, feeding on insects, birds or rodents.

Larger lizards seek larger prey to satisfy their appetites. Some species seek out goats and herbivores as large as antelope as prey. The Komodo dragon is the world’s largest lizard that feeds on relatively large prey and carrion around its habitat.

Yes, there are vegetarians among lizards.

The iguana is a well-known herbivore. This lizard is incapable of digesting animal protein and must rely on plants for its nutrients. Iguanas in the wild can dive several meters down water bodies to eat algae off the rocks or on the sea bed. A majority of lizards eat insects and other small prey.

What Do Baby Lizards Eat?

Unlike humans, there isn’t a specific baby food for them. They feed on mostly insects because these are convenient for their size. As the lizard continues to mature, so does their instincts and hunting skills.

How Long Do Lizards Live

Lizards’ life spans like humans are determined by their lifestyle choices and their environmental surroundings. Maintaining a proper diet and influence of their natural habitats influence how long they live.

Because they are kept in a safe, predator-free environment, they don’t have to worry about finding food or surviving natural selection. Smaller lizards in the wild have a harder time keeping predators away. They have shorter life spans than their larger relatives. Depending on the breed, lizards can live up to 50 years.

Except for the Polar Regions, there is nowhere you cannot find lizards.

With all the species of lizards, these reptiles are found all over the world. Some occupy isolated islands with other reptilians while others form part of delicate forest fauna. Either way, very few ecosystems lack lizards.

In the wild, lizards prefer varied types of habitats. While some like tree tops and vegetation, others like living among the rock clusters in the desert.

Lizards around civilization are neither as large nor aggressive as lizards in the wild. The often live within cracks and crevices where they can hide from excruciating temperatures or potential predators. It is common to see a lizard scurry across the wall and hid behind equipment or cracks.

How to Get Rid of Lizards 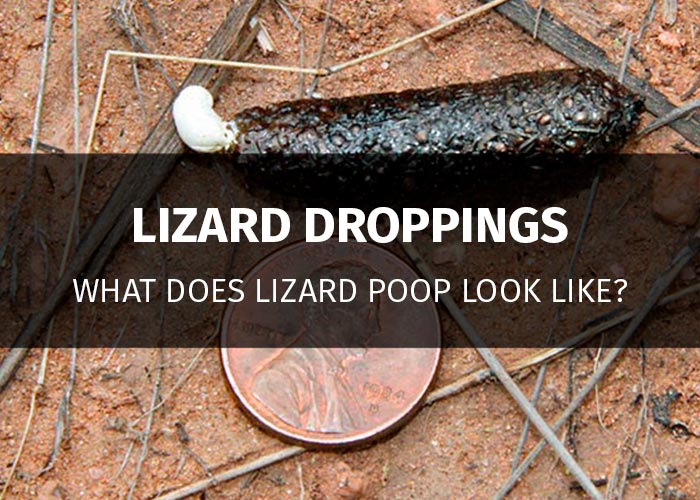 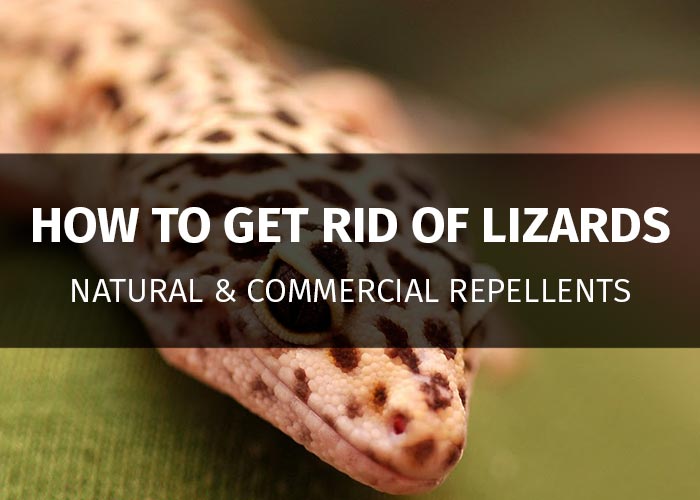 Geckos and other larger lizards are common household invaders.

Although they aren’t poisonous, they pose a health threat to you and other inhabitants.

Lizards leave behind germs that could get you very ill.

Trying to grab them while they scurry across the wall or floor is a poor control method. Some lizard species purposely allow their tail to break off, after they escape, regenerating a new one is not a problem. Here are some ways you can eradicate lizards.

There are several chemical chemicals you could use to chase away lizards or kill them.

Many pesticides are designed to eradicate these home invaders. These commercial options are highly effective and kill or repel the lizards.

Fumigating your home to get rid of insects indirectly reduces the number of lizards.

If you’re concerned about using chemicals around your home, there are several natural alternatives. They employ strong or pungent odors to repel the lizards.

Egg shells, pepper spray, and garlic produce smells that the lizards do not like. They often leave the space as a result and do not return.

Solutions that use coffee and tobacco powder directly kill the lizards.

Using traps intended for mice, you can alter the bait and ensnare the lizard invaders.

Alternatively, set up sticky traps or glue boards to get rid of the insects attracting the lizards in your home. Once their primary source of food is exterminated, the lizards will migrate elsewhere.

Several species can produce venom which they can transmit through bites.

The teeth sink some of the venom into the surrounding tissues. The venom acts as a toxin inhibiting blood clotting and slowly poisoning the victim. This is a hunting tactic used my various lizard species around the world.

Many species lay eggs which hatch to produce their hatchlings.

Some species like the Slow worm, incubate their eggs inside their bodies and eventually give birth to the hatchlings. The eggs incubate for an estimated three months.

Large lizards like the Komodo dragon lay eggs which they bury in the ground. The stand guard and wait until their offspring hatch, safeguarding them against potential predators like snakes.

These types of lizards have extremely long tails and a pointed nose. They come in a variety of colors and patterns. Their bellies are large and square with scales arranged in transverse rows running lengthwise. They are mostly occupants of desert lands, grasslands, and woodland. These lizards are found hiding under rocks and among plant debris.

The Chinese water dragon is a unique looking lizard you could easily confuse for the mythical creature.

Mexican alligator lizards are a vibrant green color, a few shades darker and they look exactly like Smaug the dragon.

Do Lizards Have Teeth?

Contrary to what you’d assume lizard bite with teeth not fangs. These are not only useful during meals, but for attacking potential threats or competitors. The weight of their jaws come down in a compressing force and cause damage to underlying tissues and vessels.

They might not have any venom, but some lizards introduce dangerous organism with one bite that makes the wound fester and lead to fatal infections.

How Do Lizards Mate?

Many species hold mating rituals and dances to find their perfect partner. The male takes the female from the side and holds her down by biting the neck. After successfully holding her down, he injects sperm into her reproductive parts for fertilization.

Dracos are one of the unusual species of lizards that can fly.

They have relatively small bodies that are flat. Adapted to flying, these lizards hardly ever come to the ground. In a gliding motion, they move from tree to tree in the forests that they inhabit, protecting their territories and trying to find mates.