Boxelder bugs don’t bite humans. In fact, even if they wanted to, they wouldn’t be able to do it. They use their proboscis to feed, and they feed only on plant juices found in boxelder tree seeds, maple seeds, grapes, and others. 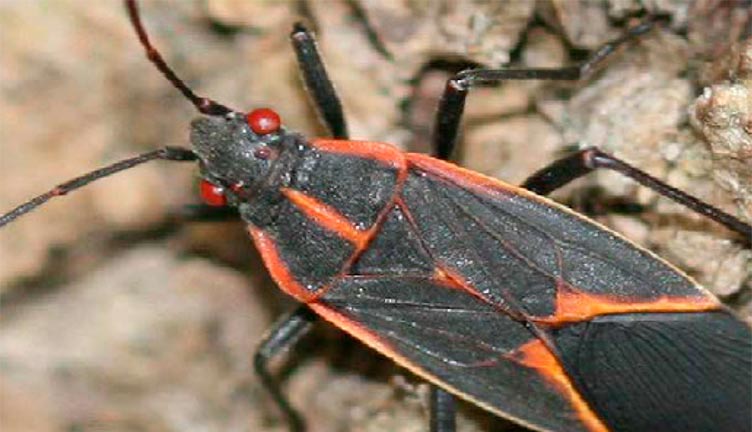 So, do boxelder bugs bite at all? Well, first of all, boxelder bugs can’t even sting. Secondly, they don’t have any venom that can cause poisonous harm to humans.

However, they may defend themselves if we press them on our bare skin. In those cases, they might try to hurt us with their sharp feeding parts. Still, they are not able to harm us this way, so there would be no need for proper treatment. It would also probably be painless.

Are Boxelder Bugs Harmful And Dangerous?

Boxelder bugs are neither harmful nor dangerous. However, they can be a nuisance simply because of their number since they usually appear in swarms. They can also have some effects on humans and animals, but those are minor.

READ MORE: How to Get Rid of Boxelder Bugs Permanently

Boxelder bugs can’t be dangerous to humans, so we shouldn’t be afraid of the bites. Nevertheless, we should make sure that babies and children don’t swallow them, as they can make them sick. What’s more, in some drastic cases, they can try to defend themselves with their feeding parts.

The main defense mechanism of these bugs is the gas they release when they feel threatened. Its odor is very strong and unpleasant, and it can linger for a while, especially if we squish a boxelder bug.

These red and black bugs can’t hurt our pets. But, for example, if a dog eats one, it will make it vomit pretty quickly.

Boxelder bugs don’t have any type of venom that would be deadly or dangerous to other species. However, consuming a boxelder bug is not advisable, as there are other properties that aren’t good for the human stomach.

Are Boxelder Bugs Poisonous to Cats?

Boxelder bugs aren’t poisonous to cats. Still, the cat will probably vomit as soon as it eats one, just like a dog would.